The concept of "charging" will be completely changed because of the emergence of lithium-ion batteries with a long service life and fast charging, and the non-contact charging technology has also been greatly developed. In order to prolong the use time of the battery after each charge, the Rechargeable Battery is moving toward a larger capacity. In the past, the life of a large-capacity battery that took several hours to charge was usually only about two years.

The emergence of batteries with long life and fast charging also brings new options to the design of electronic devices. For example, a design engineer can choose a small-capacity battery to solve the problem of insufficient capacity through frequent charging. As long as the battery has a long life, it is not necessary to replace the battery during the life of the device.

By combining these batteries with non-contact charging technology, it is possible to develop new devices that can be charged anytime, anywhere. The emergence of such equipment will also lead to the improvement of the infrastructure for contactless charging. The co-development of the corresponding equipment and charging infrastructure will create new markets and generate amazing profits (see Figure 1). In fact, the development of long-life and fast-charging battery and non-contact charging technologies has been active, and the charging infrastructure and various devices developed using such technologies are increasing in various industries (see figure 2). 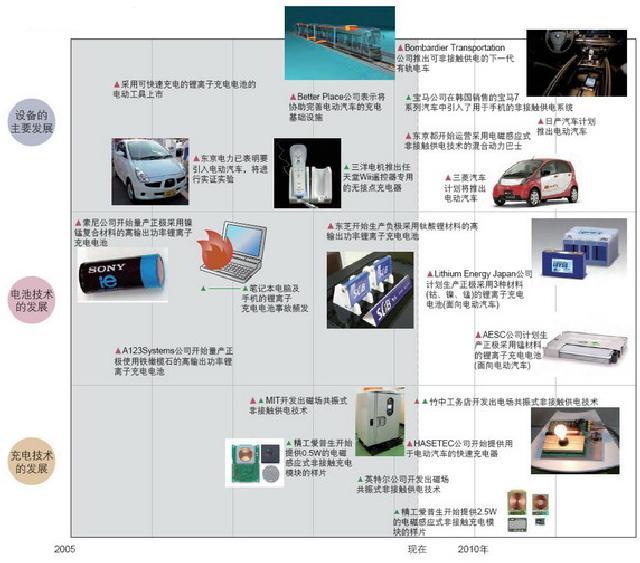 Electric cars are the touchstone of new technology

The development of lithium-ion batteries for the electric vehicle industry has given birth to batteries that have a long life and can be quickly charged. Since its debut in 2004, these batteries have been widely used in power tools and industrial equipment, and may be officially used in hybrid vehicles and electric vehicles in 2009.

Automobile manufacturers will formally invest in the research and development of electric vehicles in the next one to two years. In order to significantly reduce the carbon dioxide emissions of automobiles, Ueda, a senior expert in the technical planning department of Nissan's automotive planning/advanced technology development department, believes that â€œdeveloping electric vehicles that do not emit gas at all is imperative.â€ Many other automobile manufacturers are also Hold the same view.

For example, Mitsubishi Motors will begin selling the electric car iMiEV in July 2009. The company plans to produce 2,000 units in the first year after its launch and 4,000 units in the second year, and will gradually expand to an annual output of 20,000 units. Nissan Motors also plans to sell electric vehicles in Japan and the United States in 2010 and China in 2011, and plans to expand to countries around the world by 2012. Even Toyota, which is less active in the development of electric vehicles (the company is the leader in the hybrid vehicle market), said it will enter the electric vehicle market in 2012.

To expand the market for electric vehicles, it is necessary to increase the construction of infrastructure such as charging stations. The energy density of lithium-ion batteries for electric vehicles currently developed is only about 100 Wh/kg, which is less than half that of lithium-ion batteries used in notebook computers and mobile phones. This is mainly because batteries for electric vehicles are more focused on safety and service life than portable devices. At present, limited by the cost and size of the rechargeable battery, the battery life of the electric car after each charge is at most 100km ~ 200km, only about 1/4 of the engine car.

If the charging infrastructure can be further improved, then for the user, the cruising distance of the electric car after each charge is no longer a problem. At that time, users will pay more attention to the charging time and charging mode of the battery, which will lead to the conversion of thinking during battery development. In the past, it was no longer desirable to strive to increase the battery energy density in order to extend the battery life. For developers, it is more important to reduce the cost of the battery and clarify the corresponding product positioning.

Resonant non-contact charging technology is worth looking forward to

Once users have approved the use of rechargeable batteries in a short period of time, there is a growing need for contactless charging (see Figure 3). Automatic handling equipment usually starts and stops repeatedly at a fixed frequency. Therefore, the industry is developing equipment that can be charged by non-contact charging technology without manual charging. In the case of electric vehicles, such as regular buses, experiments on non-contact charging systems have also begun.

Figure 3 The goal is to charge on the move

In addition, the Massachusetts Institute of Technology (MIT) announced its research on magnetic field resonant non-contact charging technology in June 2007. If this technology goes well, it is possible to carry out space-wide power transmission. With this technology, electric vehicles will be able to be charged through roads or guardrails while driving.

Will also affect the power system

The popularity of electric vehicles may also create new business opportunities, which is the reuse of batteries. As the number of times of charging increases, the capacity and output power of the battery will become smaller and smaller, making it impossible to use it in electric vehicles. However, batteries that have been eliminated from electric vehicles can continue to be used as storage devices for home or small power stations. The life cycle of the battery itself is extended, which is equivalent to lowering the cost of the battery. Household or small power stations can use these low-cost batteries to build a power storage system, which will lead to new power systems.

When fast charging and non-contact charging are successfully applied in the field of electric vehicles and industrial equipment, the integration of these two technologies in the field of portable devices such as mobile phones will also be accelerated (see Figure 4).

According to NTT DoCoMo, â€œThe advantage of non-contact charging is that the charging station can be set up anywhere, which is very convenient for the user.â€ Therefore, the industry is currently setting up infrastructure for charging portable devices in various situations. attention.

If the portable device has a perfect environment for charging anywhere, anytime, users no longer need to care about battery capacity and charging time, and the demand for fast-charging batteries will increase. For example, Hewlett-Packard said: "With a notebook, after 4 hours of use, charging for 30 minutes, you can use it for another 4 hours. This mode of use will be very attractive to users." It is optimistic about the integration of fast-charging batteries and non-contact charging technology in the field of portable devices. 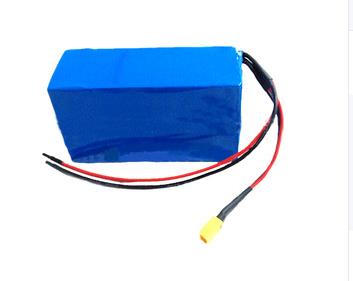