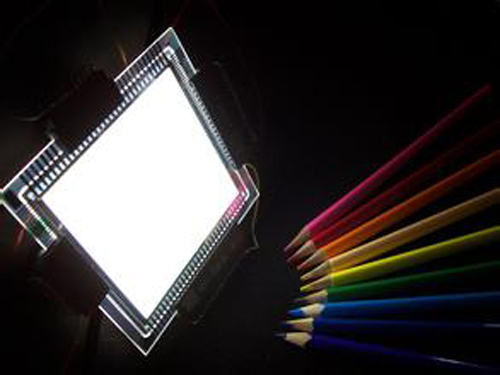 On October 22nd, a news item in the ancient town of Zhongshan, Chinaâ€™s capital city, spread wildly: the legendary owner of Fengxiang, a medium-sized brand lighting company, ran the road and owed more than 70 million yuan in purchases. At the same time, Xiaomi, 360, Ali and other Internet companies have "cross-border" into the LED intelligent lighting. In the bright LED lighting industry, due to the over-competition, the days of the companies in the industry are not good.

It is understood that the number of domestic lighting companies has reached 20,000, double within ten years. LED lighting is very competitive at low prices. There is a bulb lamp selling 0.99 yuan on the side of Guzhen Street. Coupled with the poor real estate market this year, the slowdown in the demand for home improvement has caused tensions and even fractures in some companies' capital chains.

The harder days are still behind. This year is the popularity of LED lighting in China, and LED lamps have a longer life than traditional incandescent and fluorescent lamps. Therefore, Dou Linping, Secretary-General of the China Illuminating Engineering Society, predicted that the superposition of traditional lighting and new markets will bring about high growth in LED lighting. However, when LED lamps complete the replacement of traditional lighting within three to five years, the growth rate of the LED lighting industry will inevitably decline. From the growth period to the stable period, â€œthe competition will be more intense in three to five years.â€

How to live and live well? On October 22, leaders of many domestic listed lighting companies gathered in the ancient town and discussed the cooperation and win-win with the members of the National Lighting Integrators Association.

Sun Yong, general manager of Sunlight Lighting, said: First, we want to find innovations. We hope to innovate products and business models through cooperation with Southern China Power Grid and other engineering companies. Second, we will realize integration. Leading lighting companies have already gone through the product and brand stage and entered the capital. At the stage of integration of social resources, it is hoped to discuss resources integration with the project providers.

Foshan Lighting is another well-known enterprise transformed from traditional lighting to LED lighting. Pan Jie, chairman of Foshan Lighting, said that according to the current two sets of Buddhist photography, traditional lighting has more than 2 billion sales; the other is LED lighting. "It is very pressureful to switch from a light bulb to an LED." Pan Jie said, "Products six months ago can't be sold now, and they will be replaced soon." The lighting industry has a long chain. Now everyone likes to cross the border. The Buddha also wants to As an engineering company, â€œin the face of temptation, we must learn to do 'subtraction'.â€

Zhou Ming Technology is an enterprise that cuts into LED lighting from the IT field. The companyâ€™s chairman, Lin Yifeng, said that as a latecomer, it is difficult to compete with existing lighting brands. In the past two years, Zhouming Technology and China Southern Power Grid have collaborated and wanted to find a way in the field of engineering lighting. "We are still thinking about how to use Internet thinking to do lighting." Last year, we have already invested in an e-commerce company.

â€œWe not only compete with traditional lighting companies. Today, Lei Jun also does LED lighting. There are other smart home companies that also cut in. Today is a 360-degree competition in all directions. The competition in the next three years will become increasingly fierce. Under such circumstances, how to get out? A road, which needs to collide with everyone.â€ Lin Yifeng frankly.

Recently, Wang Donglei, chairman and interim CEO of NVC Lighting, who has received much attention due to NVC, shared his experiences in industry integration and capital operation yesterday. Wang Donglei said: â€œThe lighting industry is like home appliance industry more than 20 years ago. There are many manufacturers, companies are too small, and every day they are upset, NVC is the first, and the market share is less than 5%. The industry is decentralized, so capital will work.â€

Wang Donglei believes that LED lighting IT industry, technology, accelerated, "LED chip less than 24 months, down from 10 yuan to 1 yuan", so Lei Jun came. In the future, smart homes will join together and lighting will become part of the IT industry. Optical communications will mature in the next five to ten years, and some basic patents and basic technologies are rushing around.

Upstream LED chips are being integrated, and Wang Donglei expects that there will be only five big companies left in global LED chips. At the same time, the downstream is also integrating. He revealed that many lighting companies in the United States are looking for buyers. "The next stage of capital integration has just opened, there are many opportunities, but we must focus on integration. The world's LED lighting manufacturing center in China, there will be 30 billion to 500 billion yuan of companies."

Midea is also a company that cuts lighting from home appliances. He Wei, general manager of Midea Lighting Electric Co., Ltd., said that after the strategic transformation of the United States, the diversification is very pragmatic. It will enter the LED lighting field, and it will focus more on the consideration of the next 100 billion growth strategy. It will integrate with the smart home. At present, Midea Lighting is mainly for civilian lighting, but is also willing to cooperate with the project developers to develop the commercial market.

Representatives of the engineering firm also believe that in the past they may look for suppliers with lower prices when bidding. However, with the current industry reshuffle, the engineering companies must also consider whether â€œthe supplier can still live tomorrowâ€. If you run the road, it will be very difficult to maintain the product for the next 10 or 8 years. Therefore, they are now more inclined to consider working with branded LED lighting manufacturers.

Dou Linping pointed out that the consolidation of the industry, the finer division of labor in the industry chain, and the cooperation and win-win situation of all parties can improve the ability to resist risks.