[High-tech LED news / reporter Hu Yanling] In June 2011, the market sent out that Bridgelux is preparing to spend 200 million yuan to establish the first large-scale LED packaging base in China between Guangzhou Optics Valley and Tian'an Energy-saving Technology Park. . The partner is a local LED lighting company in Guangzhou - Guangzhou Guangwei Lighting Technology Co., Ltd. (hereinafter referred to as "light for lighting").

Two months later, Chinese President Hu Jintao chose Guanghui as the only LED company to visit Guangdong. For the reason of being selected, Zhou Tanyi, the chairman of Guangzhao Lighting, once again sighed with the high-tech LED reporters, but also said that it was inevitable. He said: "First of all, the concept of light for lighting is 'to add light to the Chinese', has always promoted the creation of national brands, in line with the entrepreneurial spirit of small and medium enterprises; second, there is a young team with lighting, lighting, and ideas. â€

When talking about the company's future development goals, Zhou Tanyi's belief is very firm: "In the next 3-5 years, we will become a national brand with independent intellectual property rights and core competitiveness." He explained to the reporter the company's name. Light is lighting, that is, it hopes to make a difference in the field of light.

When the reporter first walked into the office of Guangguang Lighting Company, the six powerful and powerful characters that "added light to the Chinese people" came into view. This is the calligraphy of Zhou Tanyi, which includes his creation of light. All the ideas and goals of lighting.

"Into the LED industry, I want to create a lighting brand that belongs to the Chinese people." Zhou Tanyi revealed that the company is somewhat different from other companies in terms of employing people. The first thing to look at is the people's national heart and sense of responsibility. "The talent situation in the LED industry itself is very chaotic. The company does not want to recruit some people who come for profit. Because today comes for profit, tomorrow will also go for profit." Zhou Tanyu stressed that it is necessary to be responsible for the LED industry.

At the beginning of the business, Zhou Tanyi faced many choices, but he eventually chose the lighting industry. When it comes to the original choice, he is very proud: "The lighting industry can be done very large, and the lamps produced can be sold to all corners of the world. Imagine if we travel abroad, the lamps we see are all light-emitting products. It will be a very fulfilling thing."

As we all know, the LED industry must be a sunrise industry, but the high price of LED has always been a bottleneck affecting its rapid advancement and popularization. Only by continuously improving technology, controlling costs and effective management to reduce prices will eventually lead LEDs into thousands of households, and this is precisely the goal of lighting, because only by letting LEDs enter thousands of households can national brands be created. .

Of course, to make a national brand, the effort required for lighting is also conceivable. Since its inception, the company has relied on Zhou Tanyi's own funds to support the development of LED business through the money earned by other industries.
There was once a Taiwanese friend who asked him why he had done so hard. He didnâ€™t call or sign documents every day. Zhou Tanxi smiled and said: "This is my normal work, the dream to give me the motivation to work hard, and my dream is to build China's independent knowledge brand, and have a lot to do in the field of light." 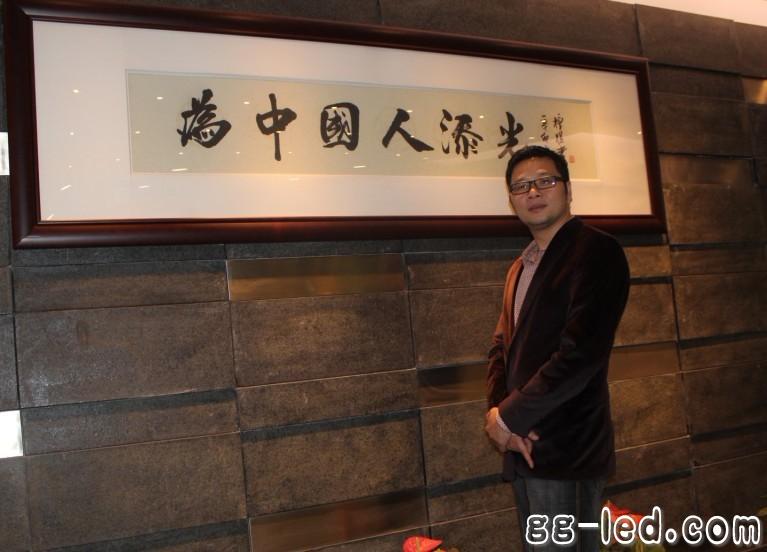 Light is very focused on the cultivation of the brand for lighting. "Why does Rolls-Royce have a market because they have great value services and brands?" Zhou Tanyi firmly believes that the future LED market will be based on brand theory. "There are many LED companies in the Pearl River Delta and so-called The brand, but if there is no good business, no brand awareness, establish brand channels, establish a brand image, and at the same time guarantee logistics services, and finally can only become a factory."

Faced with the competitive pressure from traditional lighting companies, Zhou Tanyi said: "At present, most of the LED lighting products are purchased by professional customers. They believe in the technical strength and production capacity of LED companies. More emphasis on brands and channels with traditional lighting. Compared with the construction, LED companies have been centered on core technology research and product quality since the beginning, so they are obviously more secure in terms of professionalism. However, in the face of short-term channels, light is also actively improving. Zhou Tanyu revealed that Guangwei Lighting has begun to build lighting channels and is currently negotiating with several lighting companies in Shenzhen. â€œThe acquisition of downstream companies is one of the effective ways to quickly establish channels.â€ When choosing to acquire companies and pay more attention to fixed assets or talent soft power, Zhou Tanyi said, â€œI am more interested in their talent team, using their contacts and talents. Layout downstream channels."