The tide of smart hardware is in full swing. If you can't do it, you can't think of it. Good ideas are the key to making your products hot. Let's take a look at the cool plans of the 12 2015 China-US Chuangke Contests. Can you let your brains open?

On August 18th, 2015, the China-US Maker Competition Finals was held in Chengdu. The contest attracted nearly 2,000 Chinese and American students to participate. In the end, 48 teams stood out and entered the finals. The various works presented included the community. Sustainable development areas such as education, environmental protection, health, transportation, and energy. Let's take a look at the cool program on the competition.

In the existing fitness exercise, the movement of the equipment is rarely recorded, and the utilization rate of the fitness facilities in the gym and the community is low. This is a smart patch that can be easily attached to a sports device. It records the number and number of movements of the device and gives feedback to help the fitness person understand the fitness program. Through this patch, I hope to intelligently network the fitness equipment in the gym and the community, improve the device utilization rate, create a more scientific concept of fitness, build the Internet of Things for fitness equipment and obtain data. 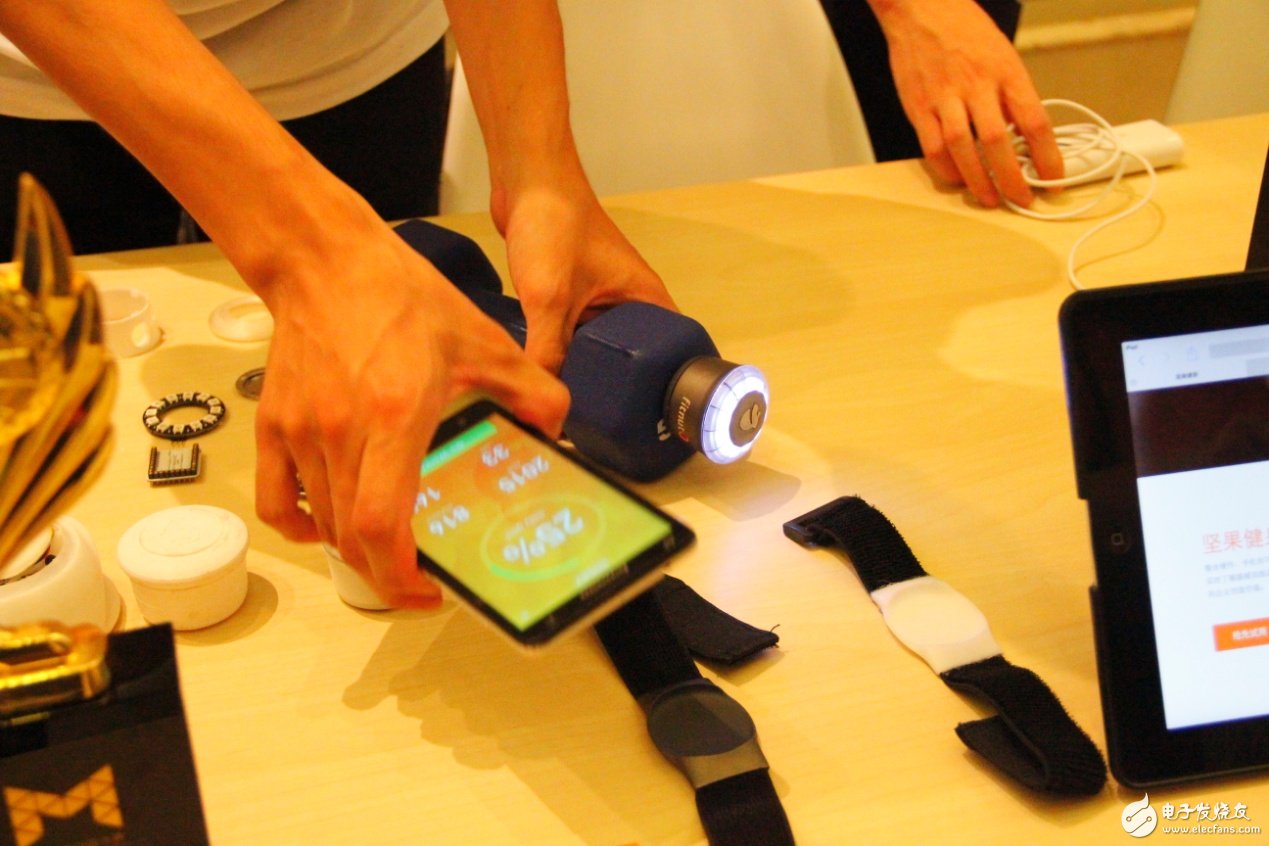 â€œAHAâ€ means a pleasant and pleasant feeling. â€œAHAâ€ DJ MIX aims to re-define an easy-to-learn MIX interaction with visual, auditory and tactile sensations, which can be used by more non-professional DJ enthusiasts. Come enjoy the process of music creation.

"AHA" realizes a set of DJ MIX with entertainment, easy learning and performance through the control of Edision. In operation, the magnetic suspension technology is used to control the current through the Edison chip with a magnetic material, and a certain interaction mode is realized to realize the suspension of the unit in the air, and the visualization effect with the music rhythm is realized. An auditory, visual, and tactile operation. In any environment where you need to create a musical atmosphere, from home to party, you can use "AHA" to go high. 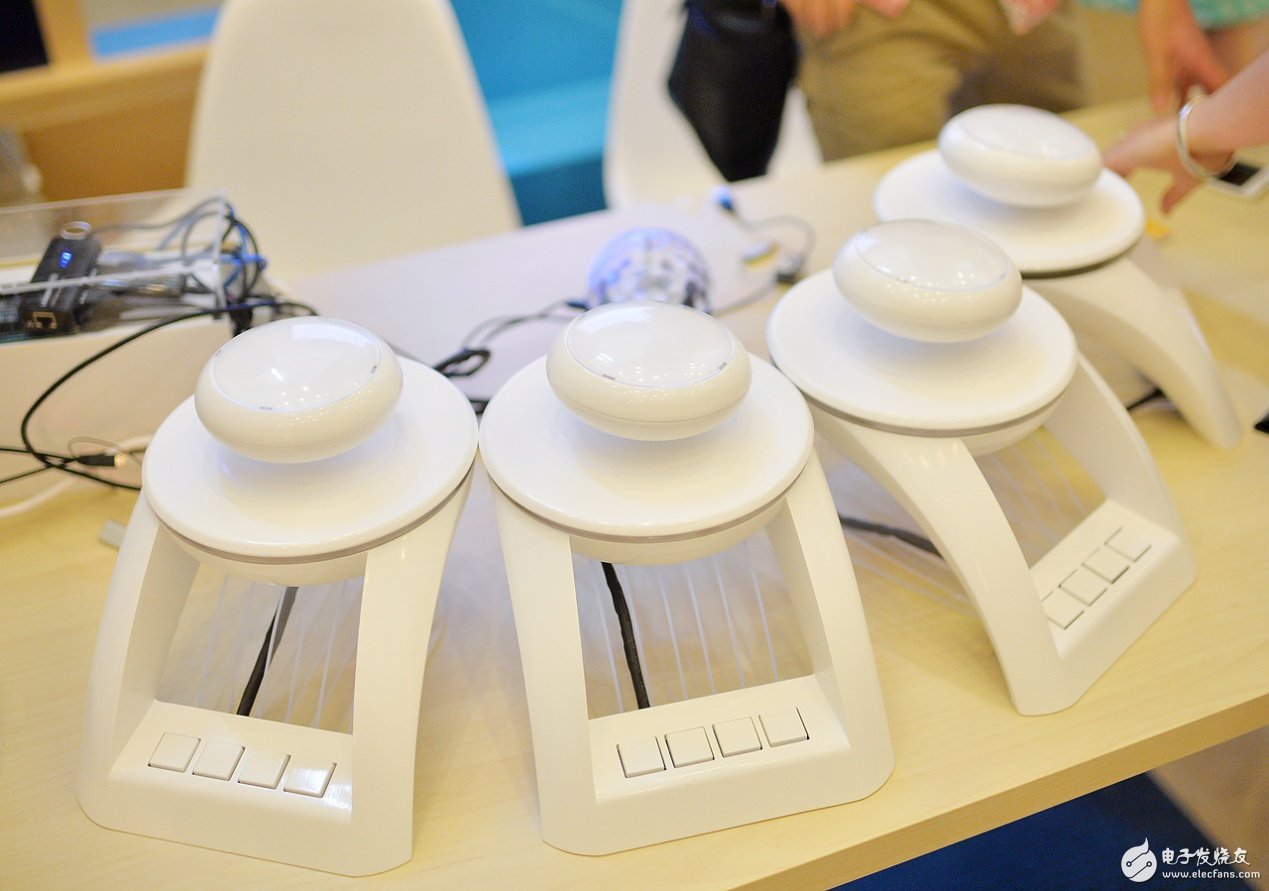 This project involves the field of blind educational equipment technology, especially related to a Braille display device driven by special metal materials. Through the application of the display device, the normal text or voice is converted into a real-time transformed Braille for blind touch identification, which plays an extremely important role in Braille teaching and blind reading. The key technology of our work is all independent innovation design, and proposes and implements a Braille display implementation scheme based on new alloy materials. This implementation scheme greatly reduces the cost of Braille display equipment, improves endurance and reduces equipment volume. Scalable for use in a variety of mobile portable devices. 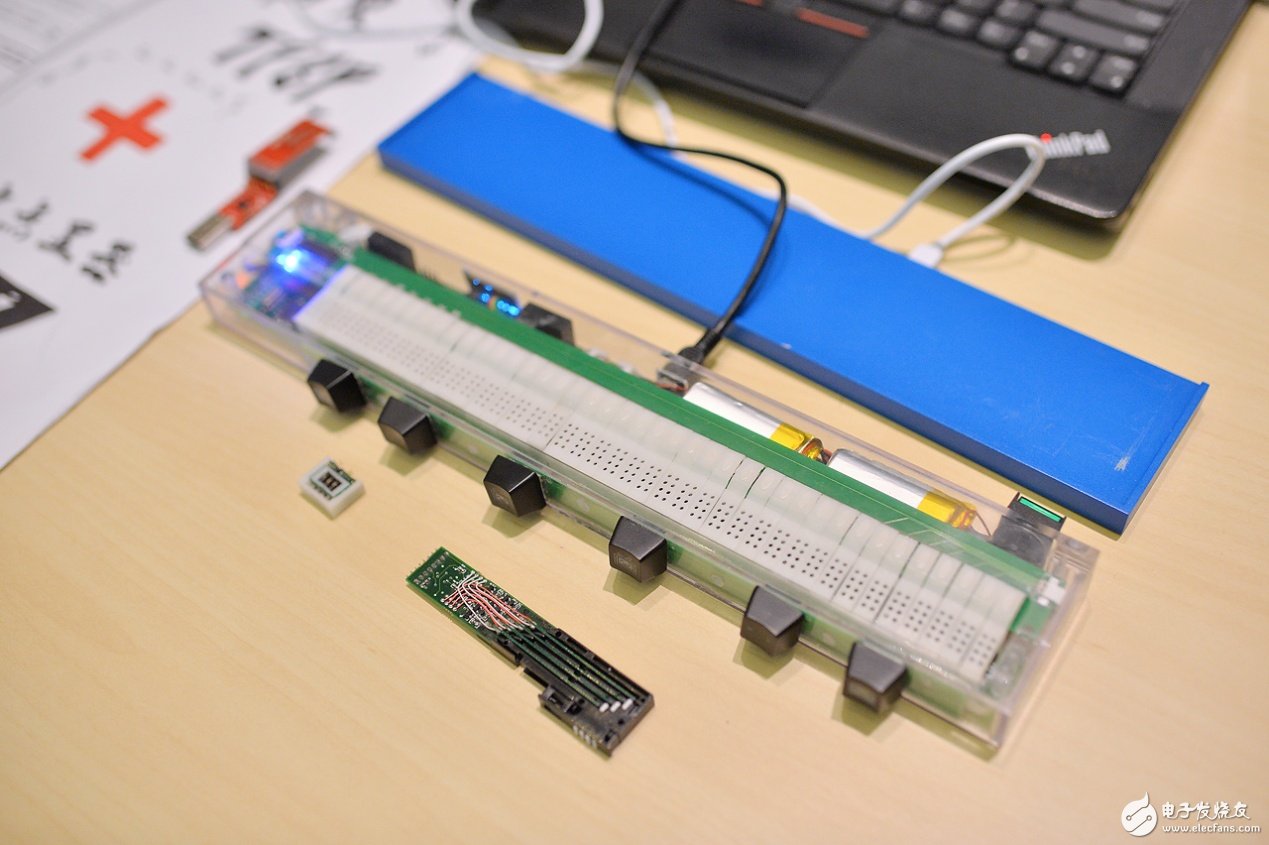 The pet self-timer is a â€œtumblerâ€ that can interact with pets. There are two ways to attract pets: one is the display of the mobile phone mounted on the tumbler, the switchable mode can be selected, the front lens can be selected, and the dynamic The figure or pet calls to attract the attention of the pet; the second is to cause the pet's interest by the shaking of the tumbler itself. When the pet interacts with the camera button, it will activate the camera function. The owner can also control through the Bluetooth button to observe the best state of the pet playing device for manual capture. The remote video makes the distance between the owner and the pet pet no longer far away, making the communication between the pets more convenient and interesting. 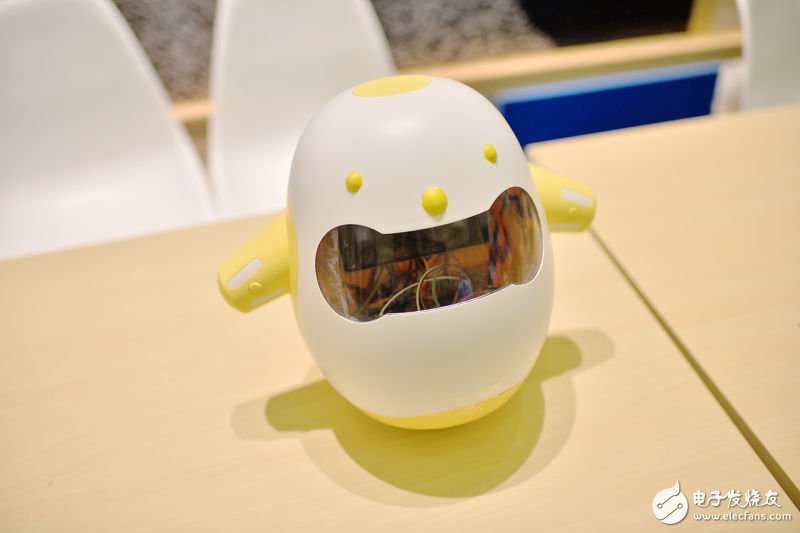 There are two sets of power supply systems, one is a solar power supply system, the solar panels are embedded in the anti-slip stickers, and the solar cells are used to continuously charge the batteries. The other is a wireless charging system for perfect waterproofing. 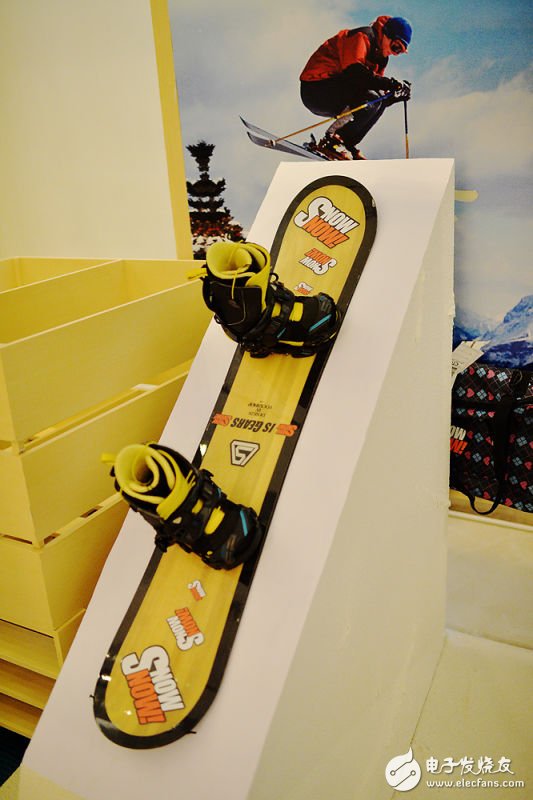 Range hoods are an important part of kitchen cleaning appliances. They have been accommodated in almost all households. During the use of range hoods, the fuel collecting boxes of range hoods tend to accumulate waste oil very quickly. Many housewives will Choosing to dump these waste oils is not only a waste of resources, but also pollutes the environment, and even becomes a source of raw materials for the black-hearted merchants to make the waste oil. The team's range hood waste oil converter can realize the range hood. The waste oil (but not limited to this) is converted into soap. The main chemical principle is saponification. The device quantifies the required raw materials and processes to achieve automatic soap making. It has the advantages of small size, easy operation, energy saving and environmental protection. It is suitable for promotion in families, communities, restaurants, canteens, etc. 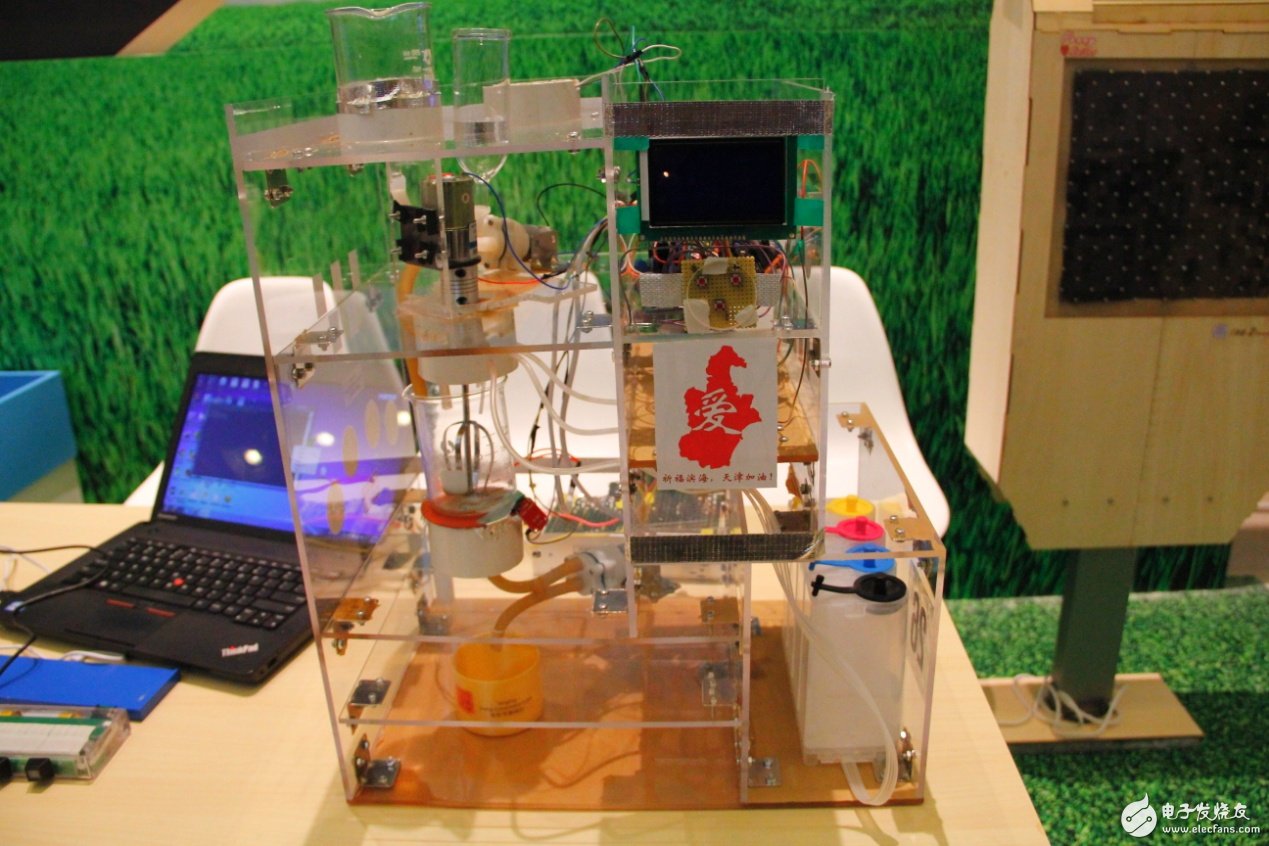 I have a lot of change from the supermarket and I donâ€™t know how to use it. Donate money to a nonprofit organization but never know where the money went.

Penny Raiser helps you solve these problems! When you come out of the supermarket, you will see our Penny Raiser outside the supermarket. At this time, you only need to put the coins in. Penny Raiser will intelligently sort the coins and count them in the display. Shows how much you invested. After the vote is finished, press the button next to it and a QR code will be displayed on the display. At this time, open the Penny Raiser App that you have downloaded on your mobile phone, scan the QR code on the display, and the phone will Know that you just invested in the coin, then you can choose on the Penny Raiser App that you want to donate the money you just invested to which of your favorite charity projects!

On the Penny Raiser App, you can also keep track of the current progress of your donation project and make the donation completely transparent! Moreover, with Penny Raiser to collect donations, the coins can be automatically sorted and stacked, saving the trouble of volunteers sorting coins! 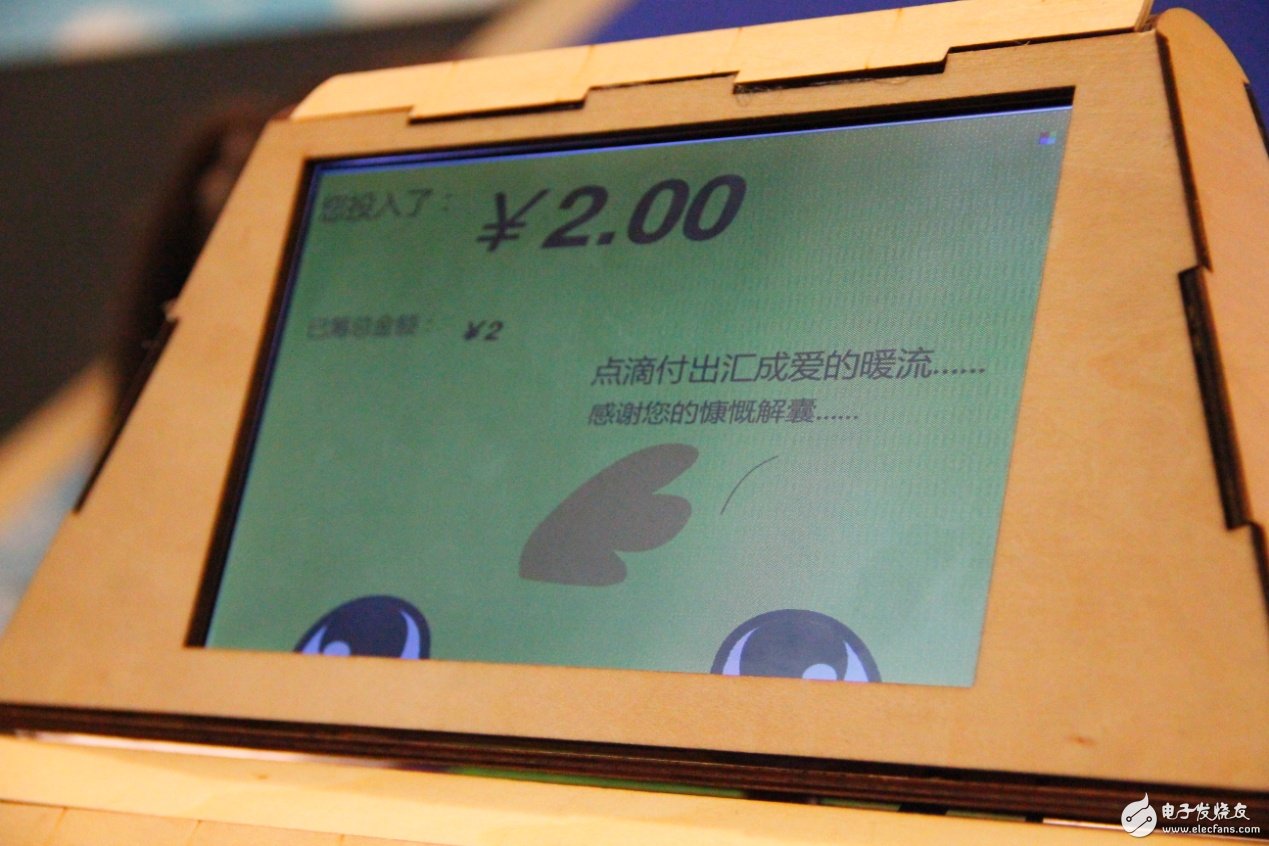 Baby Talk is a physical version of WeChat for communication between children. There are mainly voice delivery and sharing stories. Its image is a cute panda, as long as the two pandas are close together, a voice communication connection can be established. Squeeze the soft panda and say a paragraph. When you release it, you can send the voice to the designated partner. The little friend who received the message, his little panda will have the effect of vibration + light flashing, press the little panda to hear the voice. Pinch the panda and say the story keywords you want to hear, such as "Snow White", the little panda can play a Snow White story. If you want to change a new story, just shake it and refresh it. 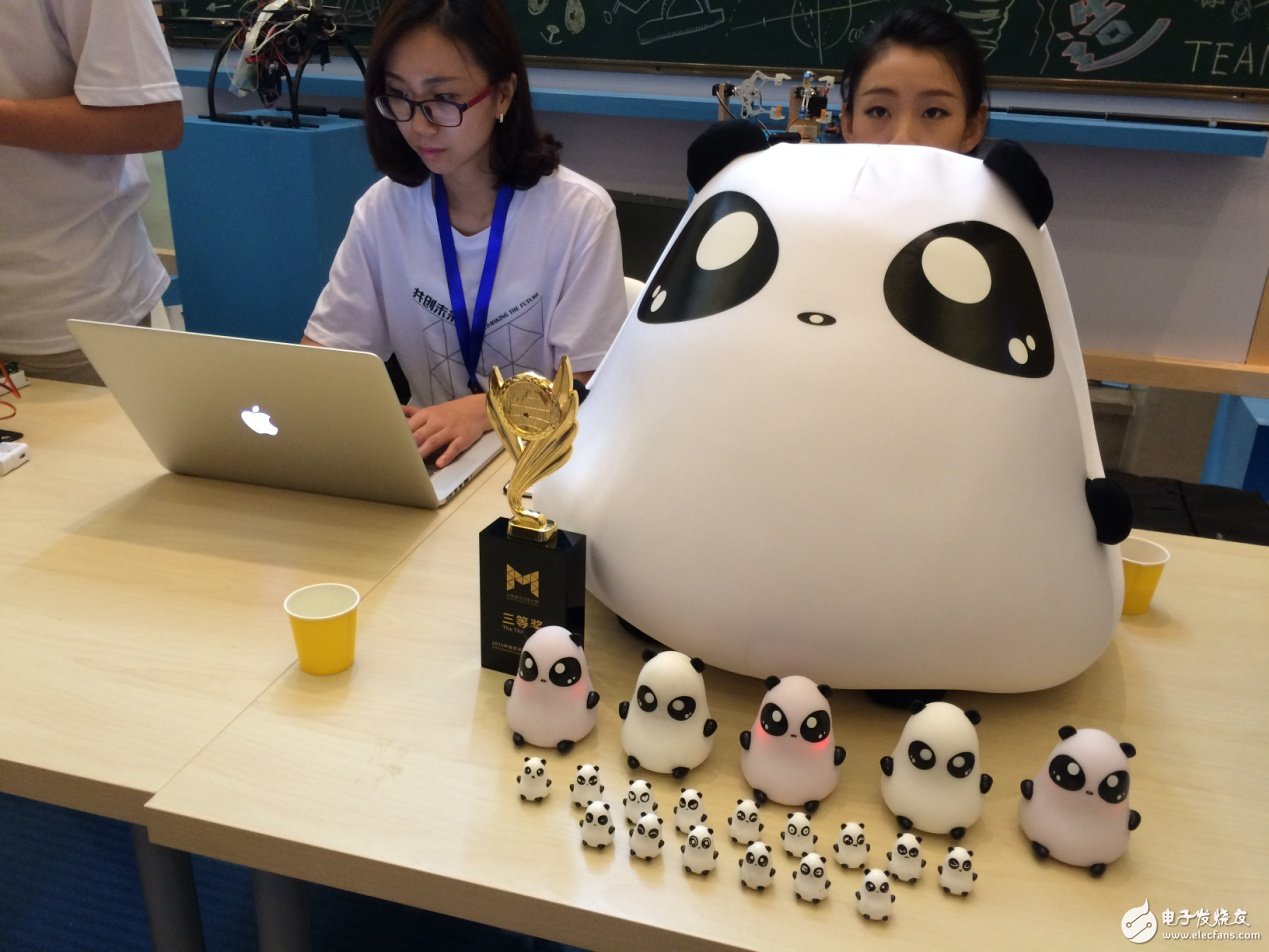 This time, the team created a desktop-based mobile phone robot "small black" based on smart phones for ordinary consumers who like robots. By combining mobile phones and racks, the team made full use of the mobile phone's powerful computing power and camera. The module, while greatly reducing the cost of the robot, creates a full-featured and powerful intelligent robot, so that everyone can own a smart partner with their own pocket money. When the user puts the smartphone into the rack, the mobile phone immediately turns into the "brain" of the robot, automatically connects to the rack through Bluetooth, controls the "body" movement, and the rack can charge the mobile phone.

Although mobile phone robots are cheap, they are powerful and complete. The MCU on the rack is responsible for parsing the commands issued by the mobile phone and controlling the work of the rack. In the mobile phone software, the OpenCV machine vision engine is combined to make the robot have visual functions such as face recognition. In the voice processing, the recognition and synthesis functions of the speech engine are combined with the DeepQA cloud service of the Turing robot, so that the robot has I can "listen to the personality of the move"; the infrared launcher on the fuselage gives it basic home control; the flexible body allows it to move freely on the desktop, and at the same time express it more vividly I can make a variety of difficult dance moves with my own thoughts. 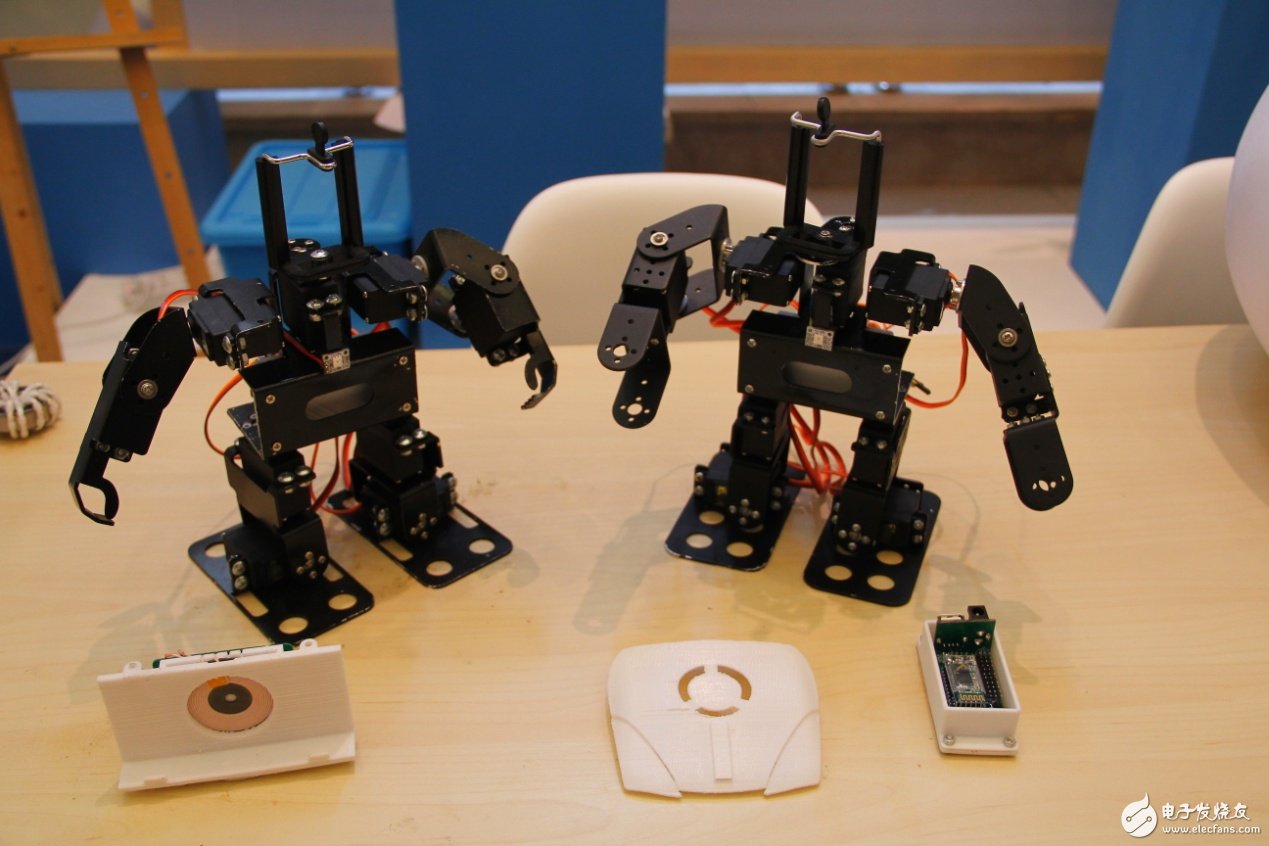 This is a vertical hydroponic system that cultures high-quality food in the same space, reducing water consumption by 90% and yield by 8 times. It uses off-the-shelf materials (from hardware stores) for less than $500. Added automation components. In this way, inexperienced people can also run the system without having to master the knowledge of hydroponics or farming.

The system is very environmentally friendly. Since the publication of the program, the system has been built in various schools as part of the STEM (Science, Technology, Engineering and Mathematics) curriculum. I hope to launch a community support portal to connect growers. 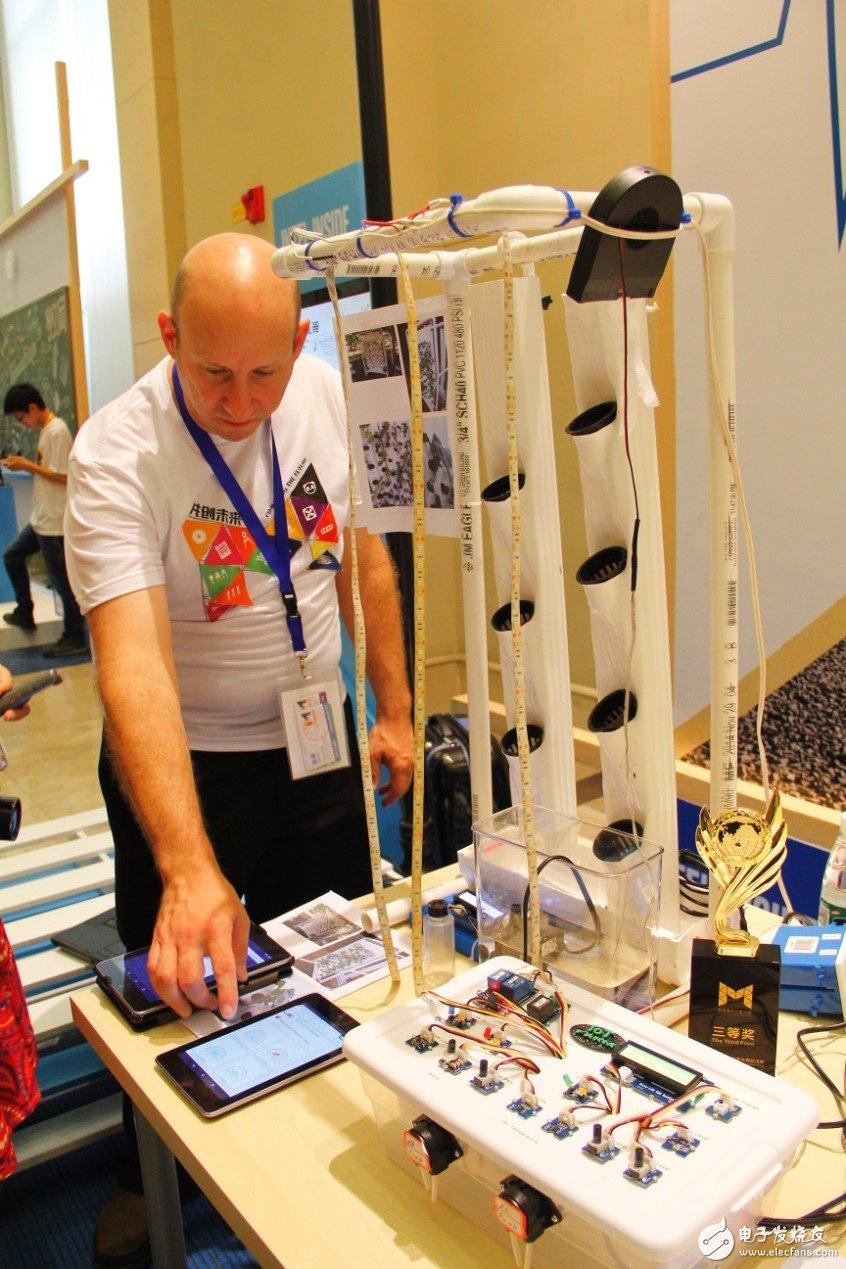 Desktop high-speed laser engraving machine solution with new architecture design, and self-developed hardware system and automatic tool generation software, which is more accurate, easier to use, 20-30 times faster, and supports laser replacement of existing 3D printers. Header solution, easy to use the printed model and the corresponding solution we provide to complete the replacement work. 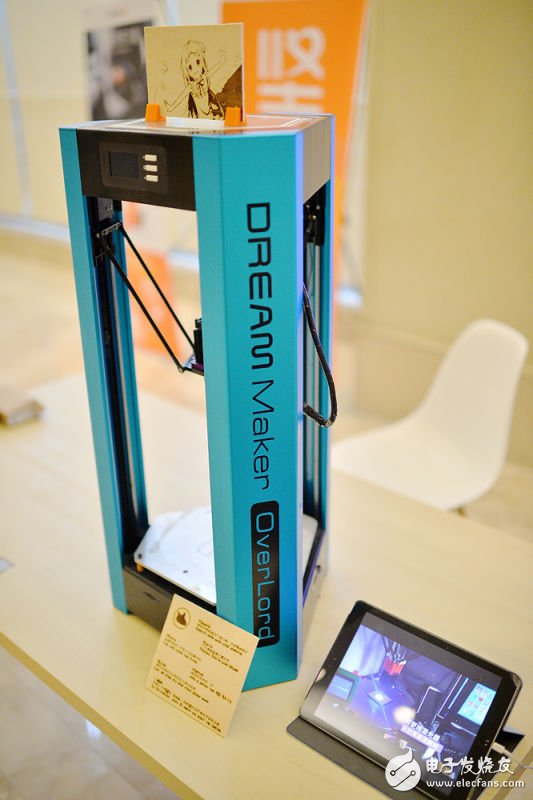 Received the Special Prize of the Angel Fund

In recent years, the development of individual-oriented rotorcraft has become more and more rapid. People will not only choose professional rotorcraft such as the Dajiang Elf series, but also a large number of aircraft model enthusiasts will DIY assembly and debugging, and such aircraft are inevitable in safety. So what we are doing is a safety device for the personal rotorcraft.

Two solutions are currently available, one is parachute, that is, using an acceleration sensor or a remote control channel as a trigger for the parachute, so that when the aircraft malfunctions or is disturbed in the air, the umbrella can be used. It is possible to reduce the instantaneous speed of landing; at the same time, the parachute is modularized so that it can be installed on most aircraft. Second, the team redesigned the arm of the multi-rotor, which is designed to be spiral, while increasing the width and moving the center of gravity down. This allows the aircraft to descend in a rotary landing after an airborne failure. Machine instantaneous speed. 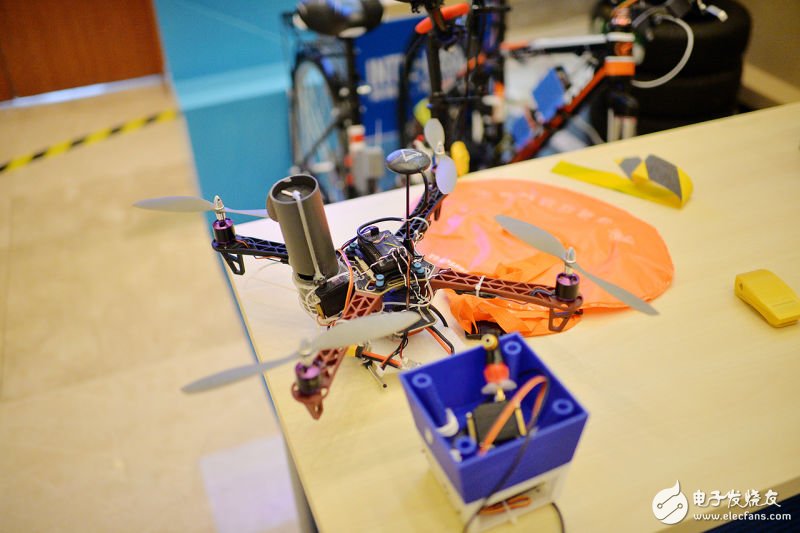