Basically, the main function of the LED driver is to convert the input AC voltage source into an output voltage that can follow the LED Vf (a current source that changes in forward voltage drop. As a key component in LED lighting, the quality of the LED driver directly affects To the reliability and stability of the overall luminaire. This article starts from the LED driver and other related technologies and customer application experience, and analyzes the failures of the luminaire design and application:

1. The range of variation of LED lamp bead Vf is not considered, resulting in low efficiency of the lamp and even unstable operation.

2. Power reserve and derating requirements are not considered

In general, the nominal power of the LED driver refers to the measured data under the rated environment and rated voltage. Considering that different customers have different applications, most LED driver suppliers will provide power derating curves (common load vs ambient temperature derating curve and load vs input voltage derating curve) on their own product specifications. 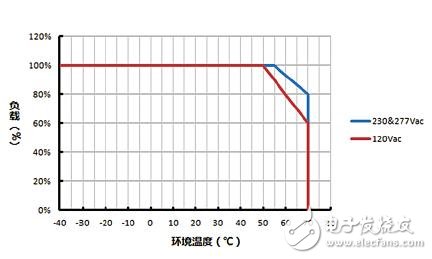 The blue curve shows the power derating curve of the LED driver's load as a function of ambient temperature at 230Vac or 277Vac input. The principle is similar. 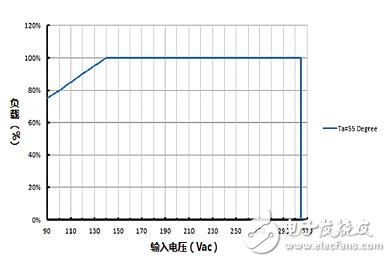 Therefore, as shown in Figure 2, when the input voltage is less than 140Vac, the output load of the driver is required to decrease linearly as the input voltage decreases. After understanding the derating curve and the corresponding requirements, the LED driver should be considered and selected according to the actual ambient temperature and input voltage, and the derating margin should be appropriately set.

3. Do not understand the working characteristics of LED

Some customers have requested that the input power of the lamp be a fixed value, fixed by 5% error, and the output current can only be adjusted to the specified power for each lamp. Due to the different working environment temperatures and lighting times, the power of each lamp will vary greatly.

Customers make such requests, despite their marketing and business factor considerations. However, the volt-ampere characteristic of the LED determines that the LED driver is a constant current source, and its output voltage varies with the LED load series voltage Vo. The input power varies with Vo when the overall efficiency of the driver is substantially unchanged.

At the same time, the overall efficiency of the LED driver will increase after thermal balance. Under the same output power, the input power will decrease compared to the startup time.

Therefore, when the LED driver application needs to formulate the requirements, it should first understand the working characteristics of the LED, avoid introducing some indicators that do not conform to the principle of the working characteristics, and avoid the indicators far exceeding the actual demand, and avoid excessive quality and waste of costs.

Sanitation dispenser,it can automatically receive the signal to turn on the switch to the machine when the person reaches out the hand, so that the work sprays disinfectant or foam. 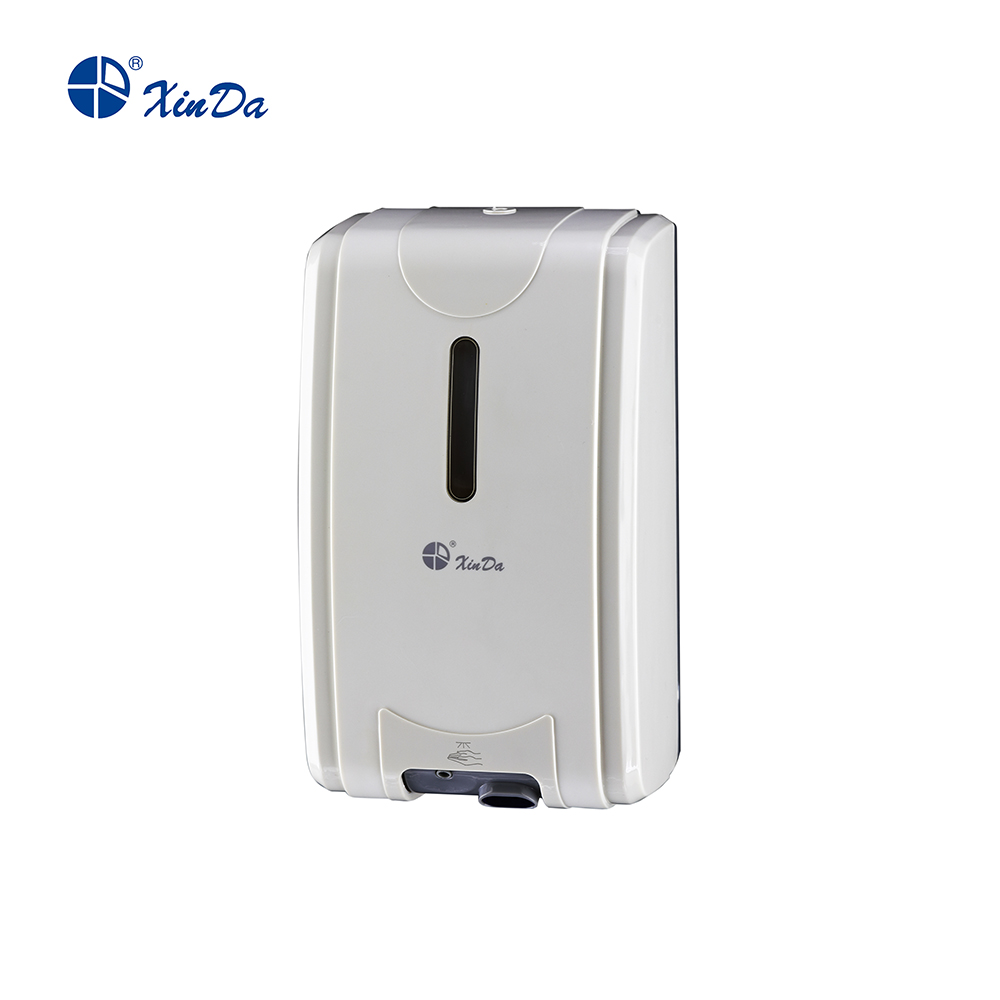